Malcolm Smith is the founder of Krack Studio in Jogyakarta Indonesia. This is Malcolm’s second solo exhibition at Newsagency Gallery, for Modern Times he will show his latest limited edition silk screen prints.

Artist Statement
” The Modern World was so full of promise. Modern people were bright and confident, secure in the knowledge that that science was making life easier, that any problem could be solved and that the truth was within our grasp.
No one announced the end of the Modern World. Many still don’t realize it has happened, or maybe they just aren’t ready to acknowledge the void of meaninglessness and insecurity that’s been revealed in its absence.
In this exhibition I’m interested in the artefacts of Modern Times which still can be found in the present day; Airconditioning, Telecommunications, Humanism; once so full of hope, saturated with optimism’
What interests me specifically, is the moment when the illusion of Modernity started to fall apart and Reality gets harder and harder to ignore.” 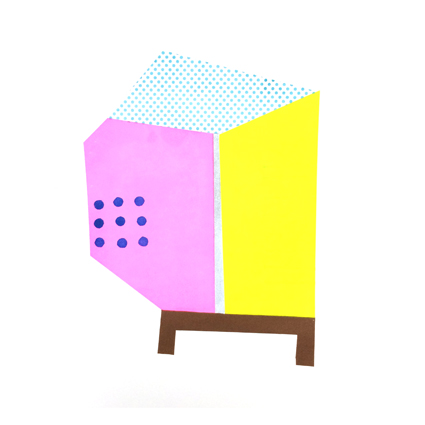